The history of the hotel

Hotel Edouard VII also called "Villa des Rosiers" is a charming hotel located in the center of Biarritz at the corner of Avenue Victor Hugo and Avenue Carnot, 200m from the beaches.

This nineteenth-century house was once the summer residence of Dr. Adéma, mayor of Biarritz, in which Napoleon III came to receive care during his many visits to the Basque Coast. 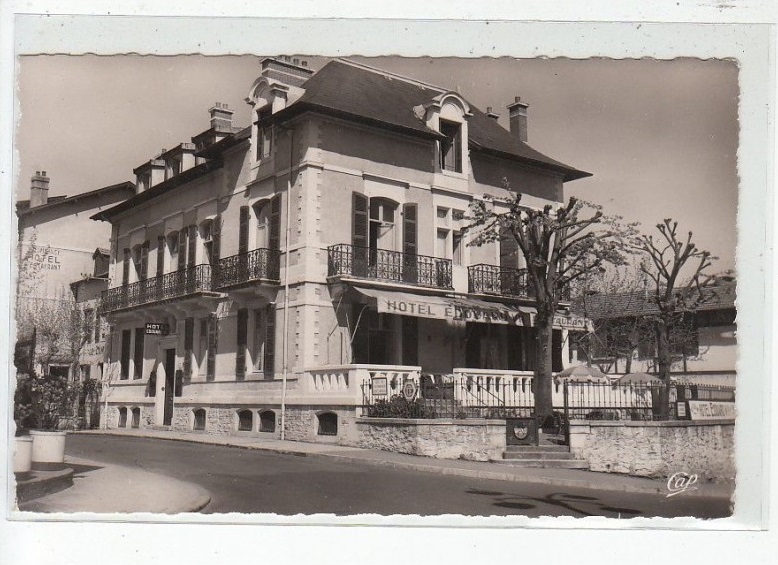 The complete history of the Edouard VII hotel 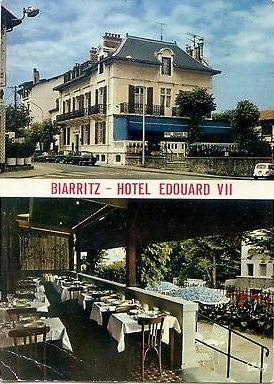 Monsieur Antoine Chapelet acquired in 1864 this land of Monsieur Jean-Baptiste Ducourrau "at the corner of two roads leading both to the church" and built a large two-storey building used as a hotel and dance hall, home called "Plaisance" or "Barbet". Following various financial problems, the municipality bought them a parcel of land which it incorporated in the public way for the widening of the street Croix-des-champs and the Chemin des champs. In November 1872, on foreclosure, land and house were awarded to the notary Angel Gustave Magnelli. Dr. Henri Adema (mayor of Biarritz from 1857 to 1862 and assistant inspector of baths) bought the whole in December 1881 for 35,000 francs. He left his house on rue Gambetta and came to spend the summer months in this villa. He offered consultations for the care of grown-ups, such as: Napoleon III, Edward VII, and others ... Then in 1886 Mr Adema proposes this villa as a school. With 3 spacious and airy classes, there was also room for teachers. The heirs of Dr. Adéma residing in Pau rented "Les Rosiers". Thus Benjamin Aninat, consul of Chile and his family, lived in the villa in the 1930s. Louise Pauline Adema, the daughter of the doctor, heiress of the house, lived there until 1939. During the Second World War, the villa was requisitioned by Germans to make offices. After the war, Become "Hotel Edward VII", the places will be requisitioned in full. The occupying authority demanded extensive and costly arrangements and, inter alia, the installation of large curtains at all openings.

The Basque seaside resort, made famous by Napoleon III and Eugénie who appreciate it for its sea baths and long sandy beaches, has seduced the King of England, Edward VII, a lover of France. He particularly enjoys his invigorating sea air, which soothes his cough. 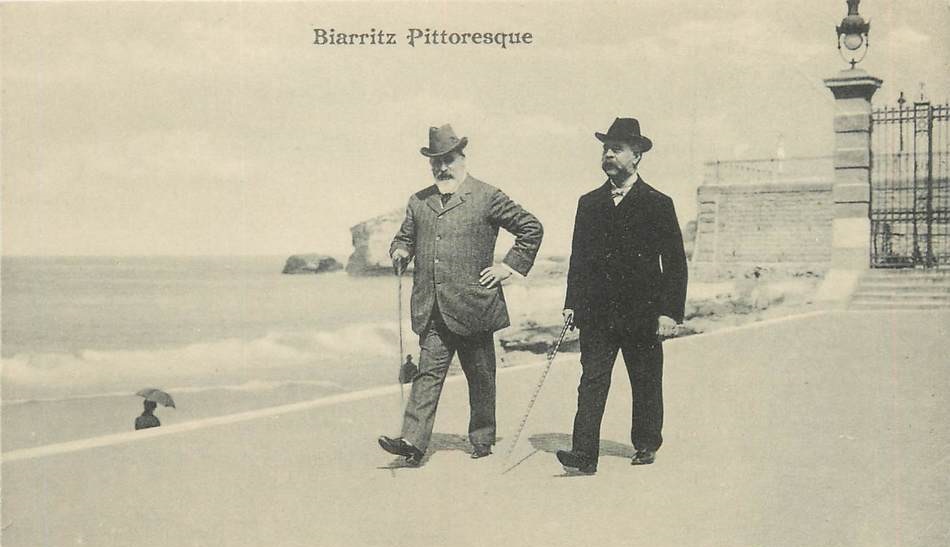